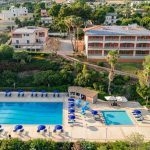 No products were found matching your selection.

What do you want to do?

This website uses cookies to improve your experience while you navigate through the website. Out of these, the cookies that are categorized as necessary are stored on your browser as they are essential for the working of basic functionalities of the website. We also use third-party cookies that help us analyze and understand how you use this website. These cookies will be stored in your browser only with your consent. You also have the option to opt-out of these cookies. But opting out of some of these cookies may affect your browsing experience.
Necessary Always Enabled
Necessary cookies are absolutely essential for the website to function properly. This category only includes cookies that ensures basic functionalities and security features of the website. These cookies do not store any personal information.
Non-necessary
Any cookies that may not be particularly necessary for the website to function and is used specifically to collect user personal data via analytics, ads, other embedded contents are termed as non-necessary cookies. It is mandatory to procure user consent prior to running these cookies on your website.
SAVE & ACCEPT

What do you want to do?

Porta San Salvatore is one of the main ancient gates of the city, a vestige of a past time, of wars, sieges, dominations.
They tell us about the Norman period, around the year 1000, when Count Roger conquered Sicily dominated by the Arabs. They tell us about the Spanish period with Frederick III of Aragon who in 1300 ordered the great city walls including the villages. They are part of the fortifications commissioned in 1500 by Viceroy De Vega.
One of these bastions of war, the one right next to Porta San Salvatore, is today the seat of the Widespread Museum of the 5 Senses. This is where we defended ourselves with weapons by pushing back the enemies, today we greet everyone with a smile and give everyone a warm welcome saying:” bless you” Assabenedica!